Who Has Right of Way at a Four Way Stop? 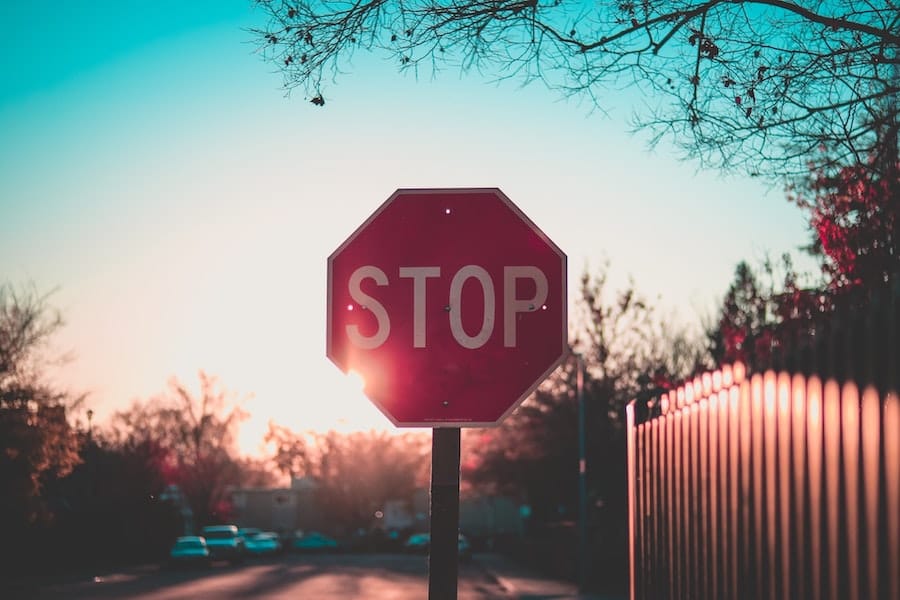 First come, first served is the general rule to determine who has right of way at a four way stop, but all that changes if there’s a pedestrian.

Four-way-stop intersections seem simple and straightforward. They are not.

Every driver knows that the first car to arrive at the four-way-stop intersection has the right of way. Some drivers actually think they assume the right of way if they are the second or third arrival and other vehicles have yet to get to the intersection from other directions.

This is ridiculous. The drivers are not counted as arrived at the intersection until they have executed a stop immediately prior to the crosswalk.

Others think that the direction of travel matters in the right-of-way scenario. It does not. If all drivers are making a right turn at the four-way-stop intersection, there is no conflict and they should all proceed without delay.

When drivers intend to go straight through or turn left, it is a different story.

Drivers lose their priority in this situation and only proceed through the intersection ahead of vehicles yet to stop.

It is quite acceptable to let the pedestrians run interference for the drivers going straight in a parallel direction to the pedestrians. If pedestrians block the straight through traffic and the left-turn option, it is proper to use this delay to turn right.

These actions keep the traffic moving, which has become the credo of every traffic engineer as of late.

It is also the reason why many four-way-stop intersections are being replaced by traffic circles.

The proper procedure for yielding to other vehicular traffic at a four-way stop is seemingly simple.

What happens if four people get to a four-way stop at the same time?

When two or three drivers arrive at the four-way stop at the same time, regardless of the direction of travel, the driver on the right should be given the right of way.

The right-of-way rule at four-way-stop intersections does not work when all four vehicles arrive at the same time.

Everyone is on the right of someone else.

Normally this occurrence will result in looks of bewilderment and panic on some driver’s faces.

Who goes first in this situation? Who knows?

This is exactly why the general rule does not apply.

Drivers should try to make eye contact with one another, and directional hand gestures are an advantage in this situation. It is a good idea to move in a slow but deliberate fashion to show other drivers that you intend to proceed through the intersection. If another driver moves forward at the same time, it will be easy to stop.

There is always the social solution to the four way frozen intersections: Big is better. Usually the biggest, most intimidating vehicle gets to go first.

Sometimes it is the most luxurious car which assumes the right of way, while other drivers and passengers admire it floating through the intersection.

There is a tendency to allow older, poorly maintained vehicles to go first, since the drivers are thought to have less to lose in a low-speed crash.

The working vehicle driver will often be given the right of way, since other drivers have a degree of sympathy for bus, taxi and delivery drivers who have to keep to a schedule.

The best way to avoid conflict at four-way-stop intersections is to remember the golden rule of driving: “The right of way should only be given, never taken.”