Lessons from across the continent 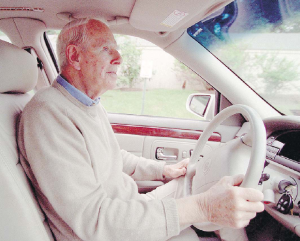 Drivers 65 and older make up about 15% of the drivers on the road. In 20 years, estimates have them at 25% of the total.
BONNIE WELLER, TRIBUNE NEWS SERVICE

Here is some of what I learned in Chicago at the Driving Schools Association of the Americas regional conference and executive meetings earlier this month:

When compared with every other licensing jurisdiction in Canada and the United States, we in B.C. have by far the best new driver course.
Our Graduated Licensing Course is the envy of virtually everyone in the driving-school business in both countries.
ICBC is thought to be a leader in the driver licensing and testing field.

Teaching driver intelligence is the new credo. The techniques used to do this were very well presented, and involved identifying the type of learner in the driver’s seat.
Some are auditory learners, others are visual. There are those who get better because they are allowed to repeat a driving action until they feel comfortable with the task.
Others are system-centred and want specific boundaries for every skill, such as parallel parking. As a certiﬁed teacher, it was good to be discussing how people learn, as opposed to how to teach.

I discovered a long time ago that you can learn without a teacher, but you cannot teach without at least one learner

Senior drivers, those 65 and older, are now 15 per cent of the drivers on the road. In 20 years, estimates have them at 25 per cent of the total.
Eighty-five per cent of seniors now hold driver’s licences.
This is double the number that held a driving privilege in the 19703. The crash rate of those in their 70s is about the same as the 30-year-old group. It is lower than the 20-year-olds and teens.
Seniors very seldom put others in danger, but are more likely to be involved in single car crashes. They are much less likely to be killed in a vehicle crash than all other age groups.

Seniors who are injured in a fall are 40 per cent more likely to be involved in a vehicle crash. As a group, they are much too reliant on back-up cameras.

Many municipalities in the United States are now replacing all their traffic signs with much-brighter reﬂective ones.

This is being done to avoid significant legal liability risk, since it is now known that the average 60-year-old needs 30 per cent more light to see as well as the other younger drivers on the road.
This is a major expense for local government. It is estimated that the typical county in the US. has 25,000 road signs.

It is now time for every region of our country to legally require all traffic signs and road lines to be highly illuminated and at least highly reﬂective, given our aging driving population.

“Just Hang Up” is a program in the US. that discourages using a cellphone to text or talk. Studies show that 85 per cent of teen drivers admit to using the phone while driving.
Conversely, very few seniors use their phones in this irresponsible manner. Forty-seven per cent of adults admit

There is a bumper sticker that sums up the situation. It reads:
“Honk if you love God, text if you want to meet Him.”

There is one driving instructor in the US. who teaches a student’s first driving lesson in the community cemetery.
It is quiet, speeds are low and the student does not have to worry about killing anyone: They are already dead.
It does make an impression, but is not something I would recommend.

There are several other things drivers on the road. In 20 years, estimates have I learned in Chicago, which will be featured in future columns.