When to Use Horn While Driving 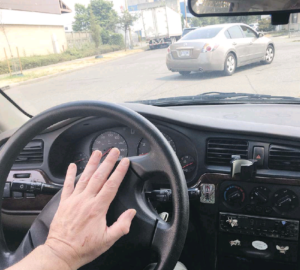 The honk of a car horn can have many meanings, from warning others of hazards on the road to a driver simply blowing off steam.

The logical use of the vehicle horn is easy to describe:

Most professional drivers will toot the horn once when proceeding forward in tight quarters or when visibility is limited in normal traffic conditions.

This simple act draws attention to them and warns others of the trucker’s proximity.

It is a good idea for the average driver to do the same.

Modern horns, particularly in late-model vehicles, can be very loud and sound more like a freight train approaching than a passenger vehicle.

It is best to make a fist and punch the horn quickly, so as not to seem irate or disturbed.

It is acceptable for a driver to draw attention to oneself when pedestrians appear to be oblivious to the dangers of traffic flow.

It may seem an unwanted intrusion by a pedestrian immersed in the handheld phone conversation, or the cyclist doing the same, but it might very well serve as a wakeup call and save a life in the process.

Eye-to-eye contact with pedestrians is a good way to avoid conflict.

If the horn has to be used to get it, so be it.

Hitting the horn twice before backing up is a longstanding requirement on any professional driver’s test. It warns others of the movement but also signals a direction of travel.

Beepers in modern vehicles and trucks now perform the same task, albeit involuntarily.
If the distance traveled in reverse gear is longer than a mid-block length, it may be necessary to repeat the process as needed.

Punching the horn three times, while stopped or travelling at a low speed, is meant to warn others of unspecified perils.

It could mean anything from an animal on the road to a distracted driver or pedestrian at an intersection.

Blasting the vehicle horn is most often done in anger, but it is not always the case.

Years ago, I witnessed a driver who had lost braking power blast the vehicle horn in order to warn others, as he steered the vehicle into a residential hedge in an effort to stop. It worked, and no one was injured.

Drivers threatened by sudden moves of others are most often the ones to blast the horn.

It is not always a bad idea.

When other drivers change lanes without first checking their shoulder for vehicles that have slipped into their blind spot, there is often no time to be polite.

Blasting the horn is the only way to alert a motorist listening to the radio or other entertainment and information devices, while travelling at high speed.

It is best not to rely on the horn in this situation, but rather have a predetermined escape space or lane.

I once had a driver come up very quickly from behind, blasting the horn and flashing the headlights.

It turned out to be an excited father-to-be, getting an expectant mother to the hospital.

When Should You Not Use Your Horn

The most frustrating use (or more properly, misuse) of the horn occurs when a driver is blowing off steam, as opposed to warning others.

We all get frustrated from time to time.

Blasting the horn is often thought to be an easy way to teach another driver a lesson.

It can lead to an escalation of threatening behaviour. Every driver has had to hit the horn for various reasons, and sometimes it is seen as an affront by others.

If you are the target of another driver blasting the horn, it is best to take a look around, in order to determine whether the noise is meant to warn you of impending danger or just a jerk who can’t practice self-control.